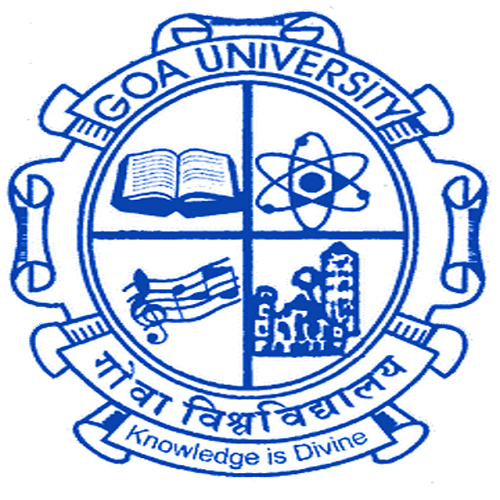 The focus of amalgamation of the four departments was to bring fundamental and biological science Departments under one umbrella to provide the students a platform for interdisciplinary research.

Individually in the past, the departments have evolved in a step wise manner. The Department of Microbiology established in 1974 was a part of the Centre of Post-graduate Instructions and Research (CPIR) of the University of Mumbai in 1985, it became a full-fledged Department of the then newly founded Goa University. The Department of Botany and the Department of Zoology, were both established in 1990, became full-fledged Departments of the Goa University providing students with a opening for the Master’s programme in Botany and Zoology. The Department of Biotechnology, one of the pioneer in Marine Biotechnology (1998) teaching and research in the country, became full-fledged Department of the Goa University in the year 2003. Subsequently, a new M.Sc. and Ph.D. Programme in Biotechnology were established. The Marine Biotechnology programme has been continuously funded by the DBT, Government of India. The four departments in the School of SBSB have come together to multiply their strengths and carry out effective interdisciplinary teaching and research in biological sciences. Equally, an important aspect of biological sciences, namely Home Sciences and Wildlife studies have been integrated to further gain in-depth knowledge of biological sciences

This ACADEMY is registered by the provisions of Societies Act XXI of 1860 under the Government of Bihar in 1988, presently has its headquarters at 206, Raj Tower-1, Alaknanda Community Centre, New Delhi. The main objective of the Academy is to bring awareness about environmental issues among the masses by arranging lectures, workshops, training programmes, seminars, symposia, conferences, publishing journals, etc

Aims Objectives and Functions of the Academy

* To implements the SDDGs in India by encouraging students, scientists, researchers, academicians and members of the academy for pursuing research on sustainable development.
* To set up Regional/State Chapters fordissemination of information on environment.
* To motivate and prepare young minds on environmental management.
* To organize national/international level conferences, symposia, seminars, meetings and workshops on themes of environmental concerns.
* To publish policy papers, synthesis volumes, proceedings, journals, newsletter, transactions and otherpublications for the promotion of Environmental Sciences.
* To forward the recommendation of scientists /professors to govt. agencies.